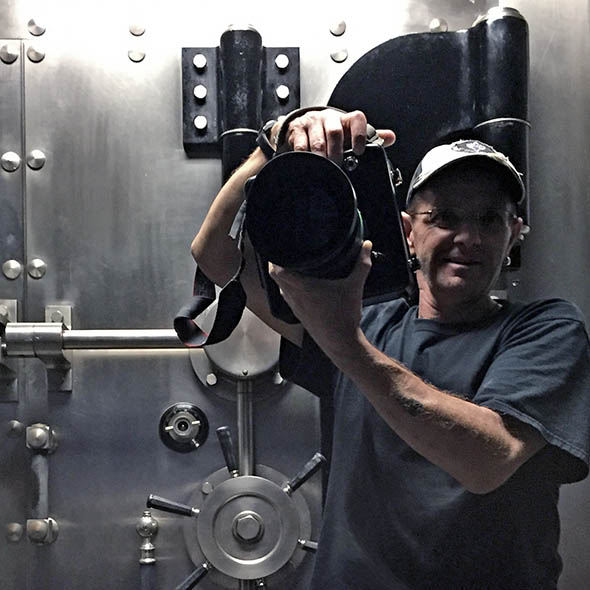 As a Unit Stills Photographer my job is to create two types of images. The first is, photos specifically intended for use in the marketing and publicity of feature films or television productions, shot as the main camera sees it, while it’s rolling. I always look for alternative angles and shots to take from different point of views, as long as I capture the mood and feel without altering the meaning of the scene. Replicating what the main camera sees is the “expected” and “minimum” job requirement for a stills photographer, however it is not only what I strive for. I find even more interesting and rewarding catching actors off guard, in between takes during subtle interactions and expressions they may have with the director or even doing rehearsals, in a more intimate view.

The second type of images I produce on set is to document the making of the movie and includes images of the actors off set, Director, wide shots/close-ups of the DP shooting or even crew behind the scenes, setting up interesting and unusual sets, props, artsy shots etc. Basically anything that goes on behind the scenes that can still be used for press releases and/or media promotions.

PLEASE GO INSTEAD TO MY NEW UNIT STILLS PHOTOGRAPHY WEBSITE AT www.AlfonsoBresciani.com

I shoot with top of the line Canon bodies, the fastest and best lenses available ( I can shoot on dark sets when needed with the fastest primes lenses and zooms available on the market) and two professional sound blimps. All of the above done while not getting in the way of the crew, or even worse, without getting in the shot myself or in the actors’ eyeline. In order to accomplish all this and get the job done it is extremely important to always understand and be aware of what’s happening on the set, and what is going to happen next, and, last but not least be as invisible as possible blending in with the crew/background.

How do I approach shooting on set? The basic rules of photography are the same, you can break them “sometimes”, and doing so can work quite well, but “Setiquette” is also something very important to be constantly aware of.

While the stills taken on a movie set are low on the priority list of producers Director and DP, I take the job very seriously. Producing the very best shots is my main objective. Since the stills can be available almost instantly, minutes after they have been taken on set, they are a very powerful promotional tool that can be used right away for press releases, first looks, and once the movie is completed, for its marketing and promotional collaterals.

As David Puttman said
” More people will see the stills of the movie than will ever actually see the movie; so stills are very important.”

I am an International Cinematographers Guild IATSE Local 600 member and a New Orleans and New York City local hire. Feel free to contact me for stills photography work. Have blimps, will travel 🙂 . Resume and iPad portfolio with more selected set stills available.

My background in action photography in Maui (about 10 years) also gives me edge on 2nd unit/fight unit shots! I have done it all, shot from choppers with crazy Veterans pilots hanging 30 feet from breaking waves, to swimming into the waves shooting surfers!

Latest, authorized shots, from an “unnamed” feature film I have recently worked on; more to come after its release in November 2015

Travel Channel’s television series “Adam Richman’s Best Sandwich in America”.  A few shots below. Adam rocks and so is his new show…Check it out!

Here below is another photo I took on the same set, published on the Los Angeles Times.